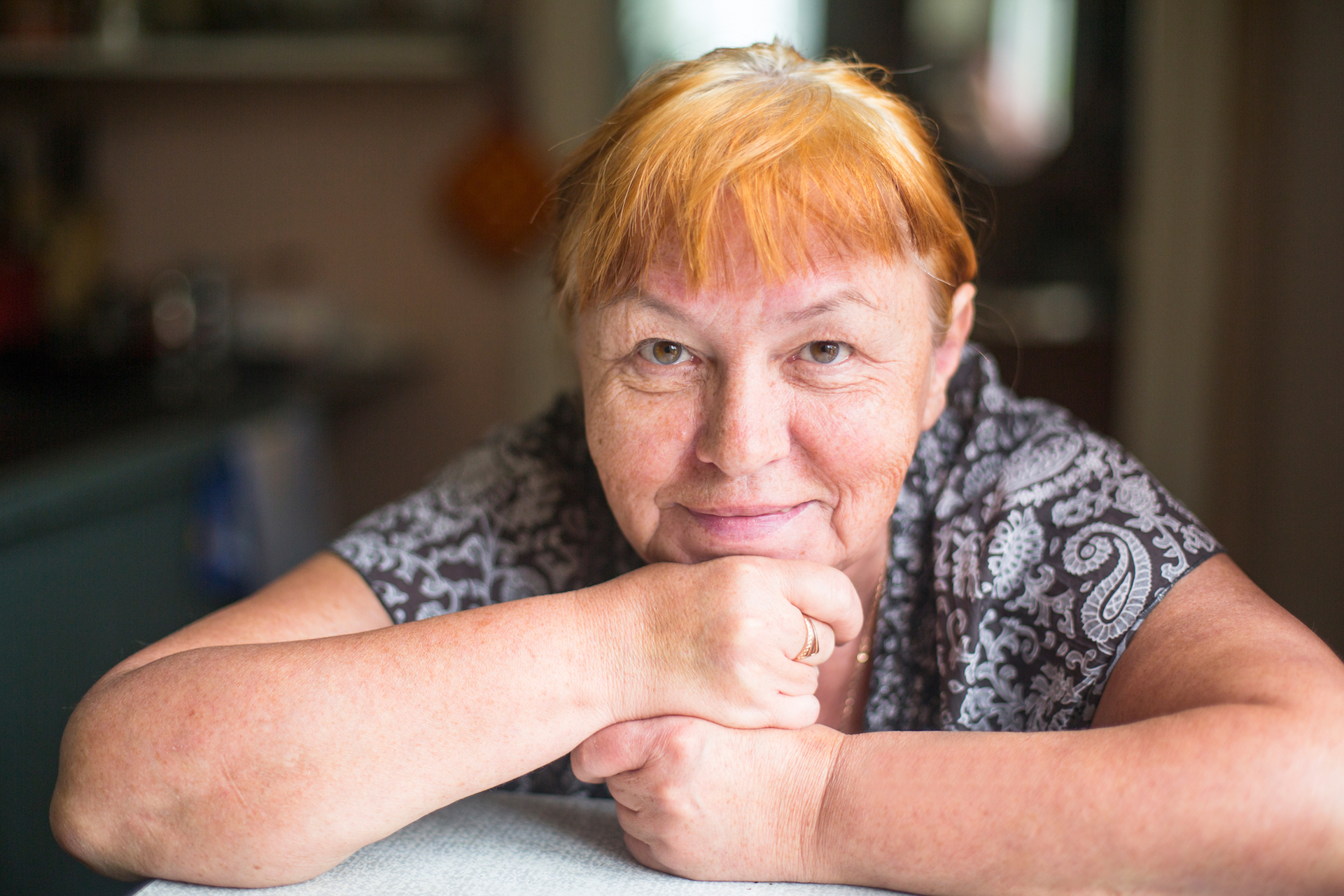 My mom died 10 years ago, and since then I have looked after my Aunt Peggy. My mom had not spoken much about her, other than to discuss that she suffered from Multiple Sclerosis. I don’t remember ever visiting her at her home, though she did come to our house for some holidays.

One day, I received a call from a hospital social worker, informing me that Peggy had fallen at home and broken her hip. Apparently, Peggy had made me her power of attorney for healthcare and finances after my mom passed. The hospital discharge planner indicated that she needed me to sign paperwork and help plan for the next steps.

The plan was for Peggy to be transferred to a rehabilitation center prior to going home. I was concerned about Peggy because I knew she lived in a two-story house. Additionally, I had never been inside her home, which she had lived in with her parents when they were alive.

Peggy called me to say that her therapist wanted to do a safety evaluation of her home. Peggy knew she wouldn’t be able to return home if the hospital staff saw the state of its interior. She desperately wanted to go home, so she agreed to let me assess the situation.

I took my husband with me. Wow! I had watched the hoarding show a couple of times, but I had never seen or smelled anything like this. I was too afraid to enter, so my husband went in for a look. He observed floor-to-ceiling piles of boxes, newspapers, and junk. Rats were running along the baseboards, and the home was infested with roaches. The refrigerator did not work, and there was rotten food inside. Cans of food in the kitchen had the bottoms rotted out. I don’t believe Peggy had been able to go upstairs for years, and she was not aware of the roof leaks or broken pipes and toilet. Peggy’s home was unsafe and uninhabitable.

I returned to the rehabilitation center and discussed the situation with Peggy. Though not happy, she agreed to allow me to have her home cleaned up. Peggy had seen advertisements for Keen Home Care in the local paper and asked me to contact them. A Life Care Manager from Keen met with us. I later took her to Peggy’s home for a tour.

The Life Care Manager stated it would take six to eight weeks to clean out the home and make necessary repairs. She also discussed the importance of including Peggy in the plan, so as not to cause her severe stress. She spoke with the rehab center staff regarding the hoarding challenge, and Peggy’s doctor arranged for a psychologist to visit her. The Life Care Manager accompanied Peggy to weekly appointments with her psychologist, oversaw the clean-up and repairs, and took Peggy to her home weekly to see the progress and discuss the organization of her belongings.

Finally, after two months, Peggy was able to return home. The Keen Care Manager arranged for her to have 24-hour care and physical and occupational therapy. The multitude of household problems had been repaired, and safety equipment put into place.

Peggy continues to work with her psychologist, incredibly grateful to be back in the home she grew up in and wants to die in. I’m also grateful for the Keen crew for supporting me through a stressful time. I live an hour away from Peggy, and I could never have managed without help.

Keen can help. Call today for a free consultation.